Just saying the word brings a smile to your face, doesn't it?

It's actually confetti, but language evolves and changes over time so that what were once made-up words become actual words. Say, "selfie," for instance.

Anyways, sprinkles, confetti or "funfetti" (which btw, is actually trademarked by Pillsbury) -- it's definitely NOT something you'd normally find in my kitchen. All the dyes in the sprinkles just doesn't sit too well with me.

Because my son wanted a sprinkle cake for his 3rd birthday, I lamented hard and decided to make one for him.

Typically, I would've used the naturally-coloured quins (which I found at Whole Foods).

However, for the sake of not having to make a test cake, I decided just to go all out and use the traditional jimmies. (I read that some of the sprinkles can bleed into the cake which doesn't make for such a great appearance).

DECIDING ON WHICH TYPE OF CAKE

I'm typically not one to enjoy heavier butter cakes, but for some reason, when it's birthday time, I always end up making one. I guess my reasoning is that it holds up to layering/frosting much better than sponge cake.

But texture-wise, I much prefer sponge/chiffon cakes.

I read up on the Pancake Princess' Funfetti cake bake off which was published in good timing as it was an excellent read and helped me to decide which cake to bake for N's birthday.

For this funfetti cake, I originally wanted to make Christina Tosi / Milk Bar's version, but was put off with the steps of having to make it on a sheet pan (which actually only makes 2 full 6" circles, and then you have to MacGyver the rest of the cake to form the last circle), and the use of shortening, and corn syrup, among other ingredients which I definitely try to avoid.

WHAT I ENDED UP DOING

I took the safe route and decided to go with baking queen Sally's Baking Addiction's Funfetti Cake. The cake baked up nice and even, and the best part was it only used 1 stick of butter. For the frosting, I decided to veer away from traditional buttercream and used Constellation Inspiration's Whipped Cream Cheese Frosting.

The cake was moist and not too sweet as I decreased the amount of sugar in the original cake recipe. Next time, I might make a syrup for the cake to increase the moisture, but otherwise, the cake was really good.

I brought the cake up to room temperature for 30 minutes before serving and the texture was not dense at all.  The cream cheese frosting was light and slightly tangy which was perfect for the cake. My boys both inhaled their slices, which means it was tasty. 😉

Happy Birthday to my spunky 3 year old -- you're growing up so fast, but you'll always be my baby boy.

Let me know if you try out this recipe -- tag me on Instagram @siftandsimmer or leave me a comment below. 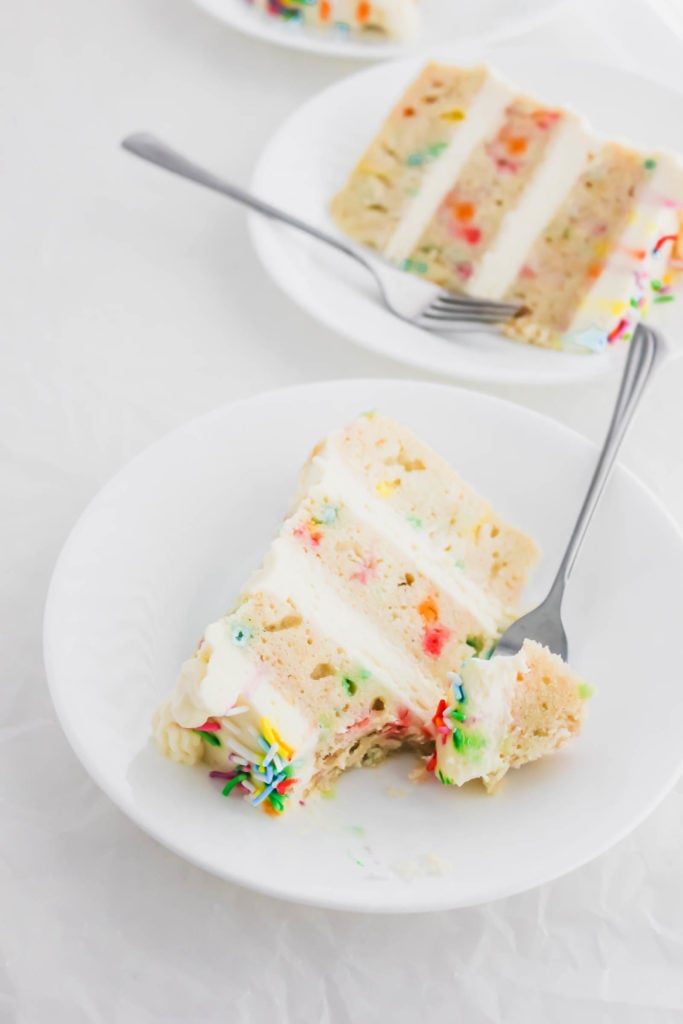 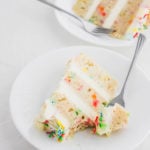 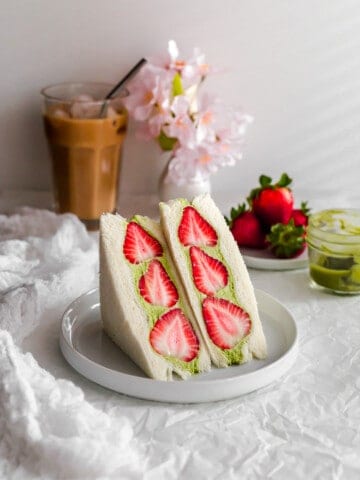