Bubur Cha Cha is a Malaysian dessert which consists of coconut milk and a medley of ingredients such as sweet potato, taro and sago pearls. Pandan leaves add aroma and flavour this sweet dessert, which is enjoyed either warm or cold. 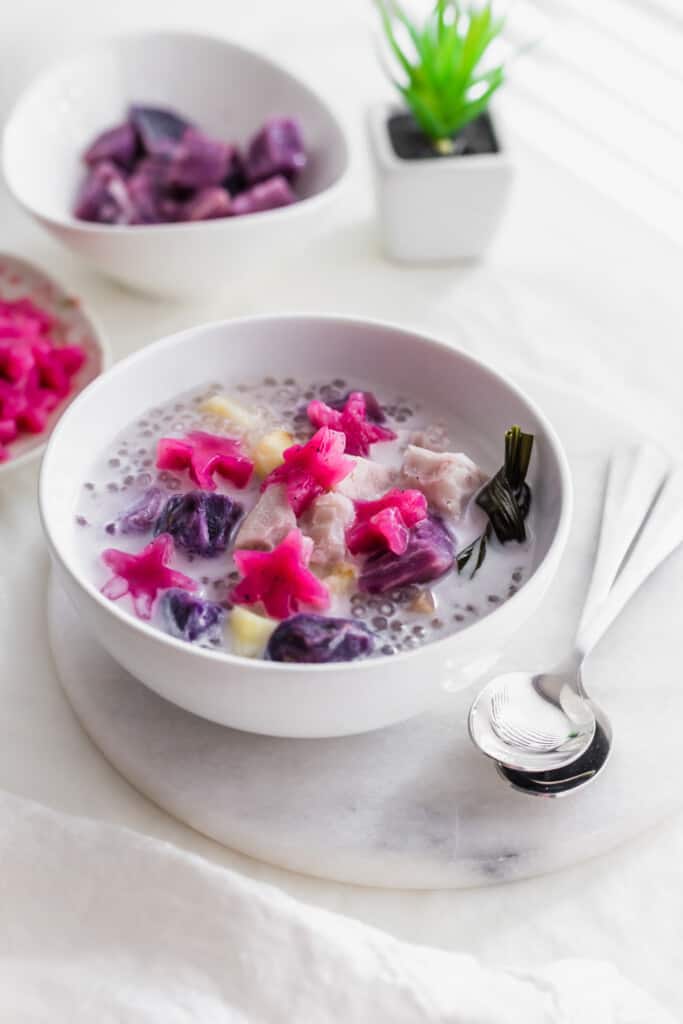 I love sweet, soupy desserts in the summertime.

Some of my favourites include Mango Pomelo Sago, Red Bean Soup, or Cendol.

But one of my favourite sweet soups (or "tong sui" in Cantonese) is Bubur Cha Cha.

What is Bubur Cha Cha?

But, there's no consensus on what it actually means.

Some people think it eludes to a dance of sorts, and some think it refers to a mis-approximation of the Hokkien word "che che" which means prosperity.

Traditionally, Bubur Cha Cha is eaten and served to friends and family during the 15th of the Chinese New Year, but now it is commonly found all year round.

You can find it as a street food in Malaysia at any time of day. 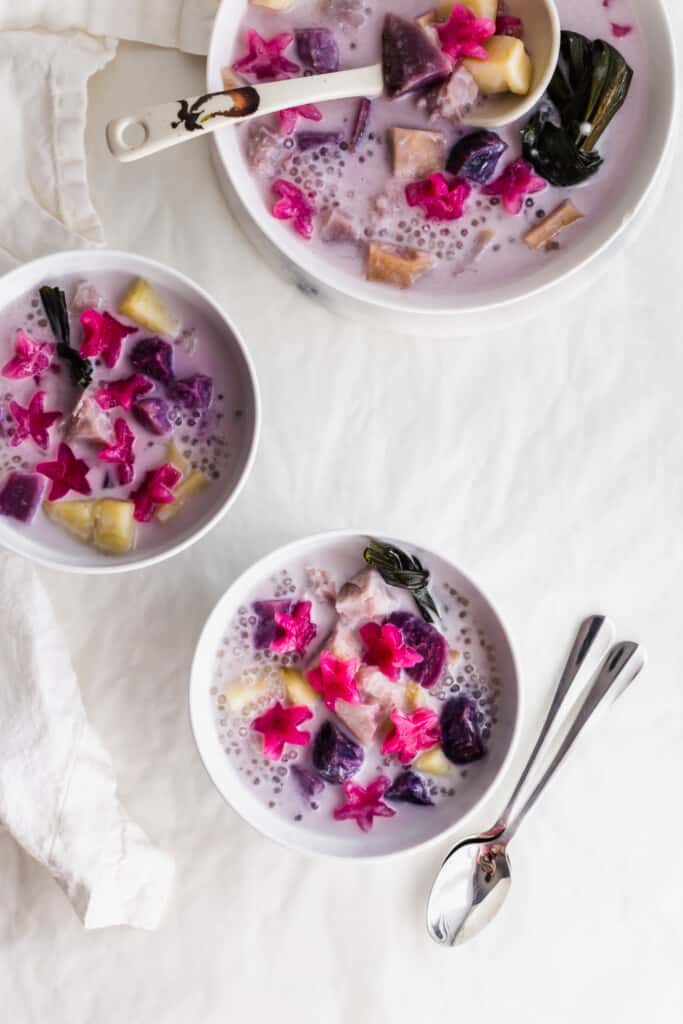 Bubur cha cha contains a medley of starchy ingredients which include:

You can find most of these ingredients in Asian grocery stores. 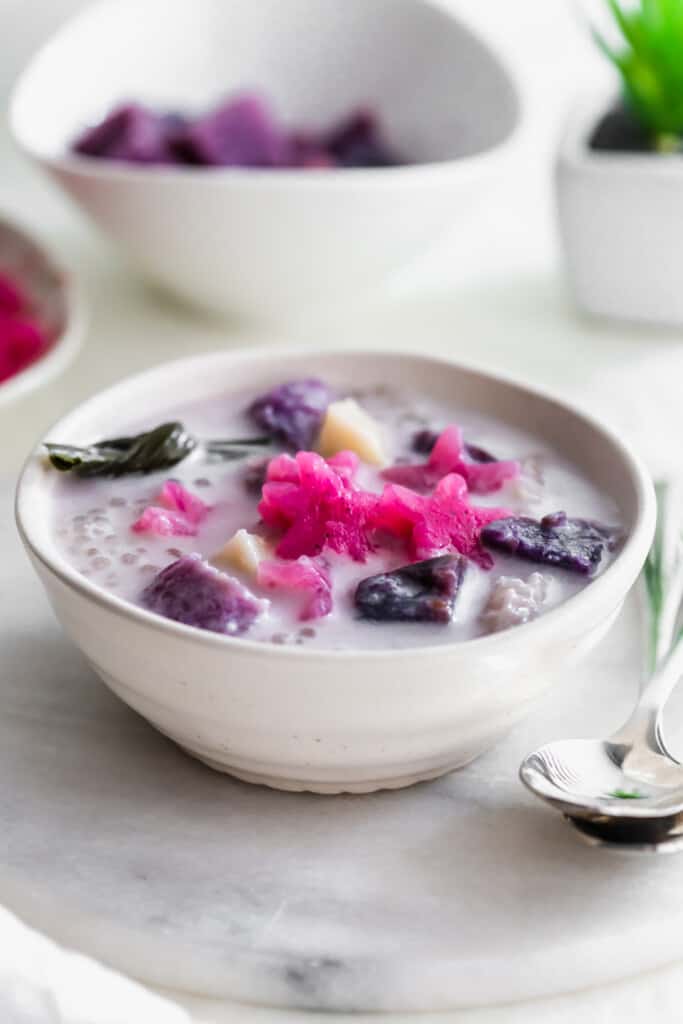 How to make it

The easiest way to make Bubur cha cha is to cook all of the components separately and then bring them together into the coconut milk.

I find this is the best way to preserve the texture of each ingredient.

Otherwise, you have overcooked, mushy yams, and undercooked tapioca jellies.

How to make tapioca jellies

For the tapioca jellies, you can make these at home using 2 ingredients:

Similar to my recipe for Homemade Bubble Tea Tapioca Pearls (Boba), you just mix hot boiling water into the tapioca starch and mix together to form a dough.

Note: It's important that the ratio of water to tapioca starch is right; otherwise you will end up with a gummy mess.

Add the water in a little at a time until it reaches a "playdough" consistency.

If you want to make the jellies colourful, you can add food colouring of your choice (I used pink pitaya natural food powder) to make them pink.

To make the star jellies, I rolled out the dough using a rolling pin and used a small cookie cutter to cut out star shapes. 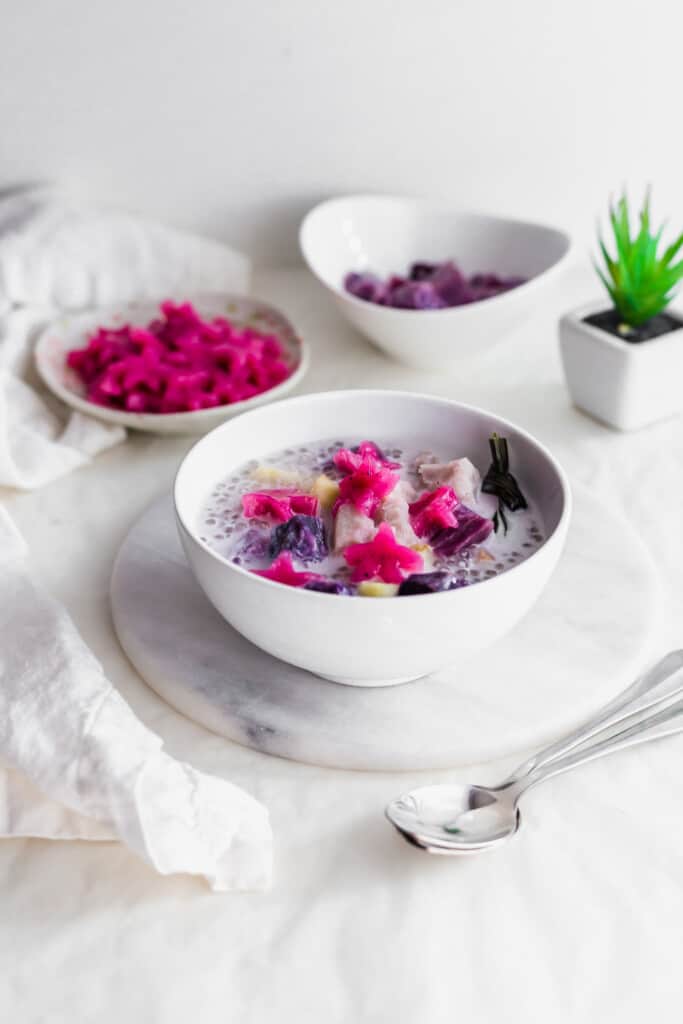 How to cook sago pearls

For this dessert, we're using small sago pearls (not the medium or large sized ones for bubble tea). You can pick up packages of sago pearls at Asian supermarkets.

Remove it from the heat, and intermittently stir the sago pearls from time to time. It may seem strange to cook the pearls this way, but this is an optimum way to obtain perfect chewy texture in the sago.

Once the sago pearls turn translucent, they're ready to use.

Tip: it's perfectly fine if there's still a bit of white opaqueness in the centre.

To make the pandan coconut milk, add water to a large pot and bring it a boil. Add in the palm sugar and stir until it's dissolved.

Tie the pandan leaves into a knot and place into the pot. Add in the coconut milk and stir together.

Add the cooked yam, taro, tapioca jellies and sago into the coconut milk and heat until just warmed.

Each region has its own version of Bubur Cha Cha.

Other iterations may incorporate:

If you don't like coconut milk, you can try a dairy-free oat or almond milk.

How to serve & store

You can serve Bubur Cha Cha either hot or cold.

Note: The mixture may solidify when it's cool, due to the presence of coconut milk.

You can store Bubur Cha Cha in an airtight container for up to 5 days in the fridge.

If you plan on eating it warm, heat it up in a saucepan. You may need to additional coconut milk to loosen it, as the jellies will have congealed.

You can also microwave it for 30 seconds if enjoying it warm.

Can you freeze it?

No, it's not suitable for freezing.

Do I need to add colours to the jellies?

No, they're purely optional.

Where can I find pandan leaf?

You can find pandan leaf at Asian grocery stores; sometimes in the freezer section.

Bubur Cha Cha is vegan, gluten-free, and can be a hearty, nutritious and nourishing dessert.

Cold or hot, try out this recipe and see why it's one of my childhood favourites.

Have you had this Malaysian Chinese dessert before? Let me know if you try out my recipe -- tag me on Instagram @siftandsimmer or leave me a comment/rating below! 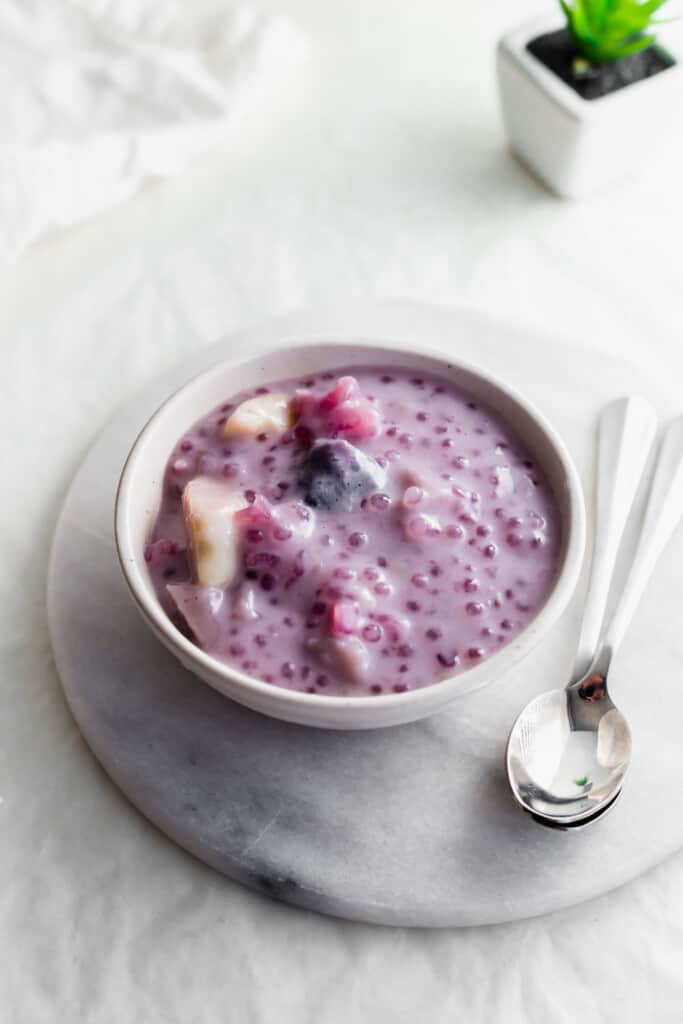 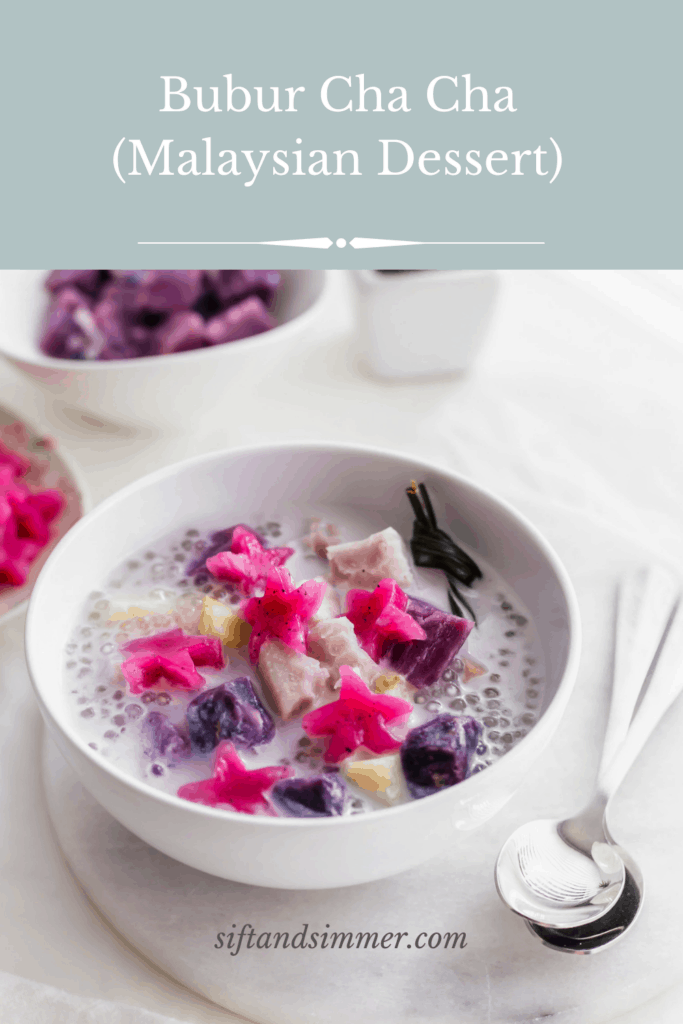 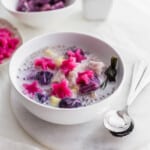 Boil the taro and yam:

This article was originally published for Curious Cuisiniere. 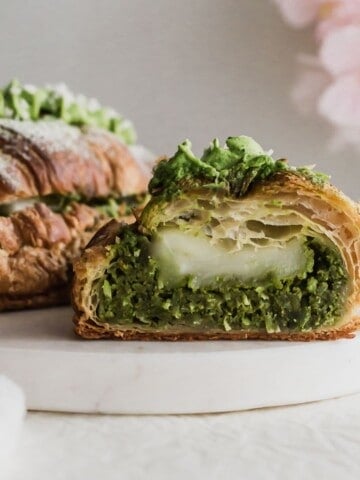 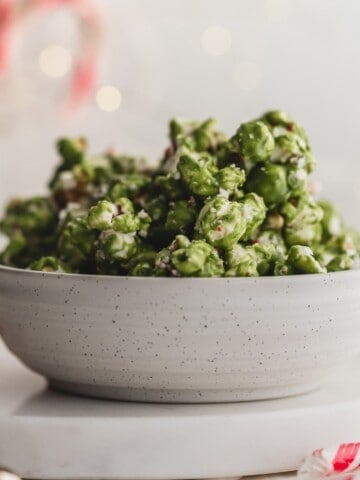 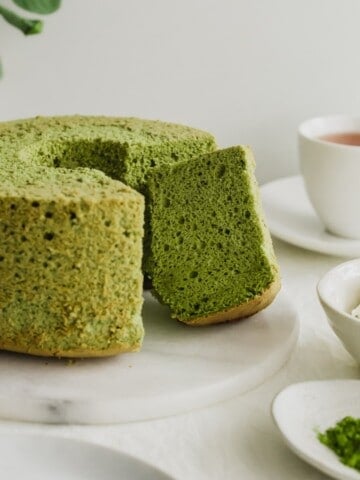 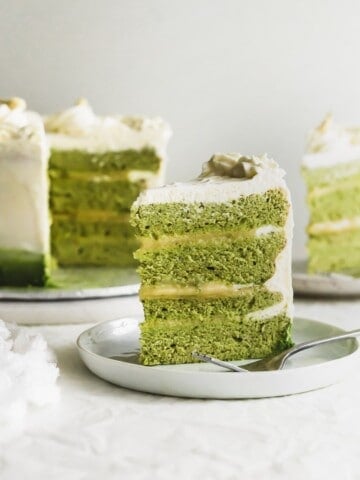